ReverbRock ▸ Audio recording ▸ What is a Condenser Microphone

A condenser microphone is a type of microphone that is often used in recording studios. They are also known as pressure-zone microphones due to the way they pick up sound waves. Condenser microphones capture audio by creating an electrical field that responds to changes in air pressure from sound waves. This article will discuss condensers and explain how you can take advantage of their features, such as high gain before feedback and low noise floor.

How does a condenser microphone differ from other types of microphones?

Condenser microphones use a diaphragm to convert sound pressure into electrical voltage, while other microphones might instead rely on an electromagnetic coil.

This difference means that condenser mics can capture high frequencies better than most other types of mic can.

Additionally, they have a very small diaphragm, which means that condenser mics can pick up sound from various angles. This is different from other microphones, such as dynamic and ribbon mic, where the directionality becomes more focused at certain frequencies because they have larger diaphragms. Condenser microphones also require power to function, so they need to be powered when in use. They are generally more delicate than many other types of microphones and must be used with care. For example, condenser mics should not contact water because condensation will occur inside the microphone body. This condensation could cause damage that may require expensive repairs.

Is a condenser mic better for vocals?

Condenser microphones are often used for vocals because they’re sensitive and can capture the subtleties of sound. In addition, it picks up high frequencies well, so it captures nuances like breaths or lip smacks that may be invisible to a dynamic microphone.

Condenser mics are also used in recording studios because they’re not susceptible to electrical interference or vibrations as much, so it sounds cleaner and more focused if you want clarity for vocals or instruments. However, it may be more sensitive to external noise, so it’s important to keep your condenser microphone away from any sources of sound while recording.

How do you use a condenser mic to sing?

Point the condenser microphone towards the singer’s mouth instead of pointing at them from a distance, which will pick up all ambient noise in addition to their vocal. It also helps to minimize any popping sounds that may occur due to condenser mics being more sensitive than other types of microphones.

Condenser microphones designed for studio recording. They react to sound differently than dynamic mics, so condenser mic recordings can have a more open and natural sound – qualities that make them great for vocals. However, condensers typically pick up ambiance (background noise) in the surrounding area much better than dynamics. This is why condenser mics are not the best choice for live performance (especially outdoors, where there is a lot of ambient noise) 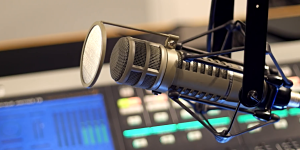 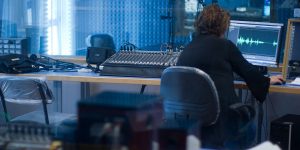 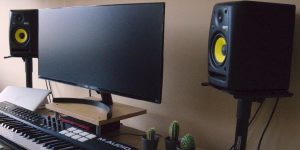 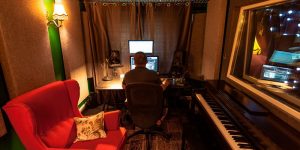 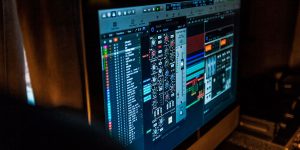 How to listen to post-processing of a song