ReverbRock ▸ Virtual processors ▸ How Do You Use Delay Effect?

A delay effect is an audio signal processing technique used to create a copy of an incoming sound with a delay. The delayed signal is then mixed with the original, resulting in an echo-like effect.

Delay effects can be used to create a variety of sounds, from simple repeats to complex, cascading echoes. They are commonly used in rock and electronic music, and are often combined with other effects such as reverb and modulation. Delay effects can be created using digital or analog electronics, and there are a wide range of delay pedals available for guitarists and other musicians.

While delays can be used to create interesting sound effects, they can also be problematic if the delay time is not carefully controlled. If the delayed signal is too long, it can interfere with the original signal and muddy the overall sound. In addition, feedback loops can easily occur if the delayed signal isn’t properly attenuated. As a result, delay effects should be used with caution, and only by experienced musicians who know how to control them.

How does a delay effect work?

A delay effect works by taking the original sound and delaying it by a set amount of time.

The result is a series of repeating sounds that mimic the original sound. By adjusting the delay time, you can create anything from a subtle echo to a jarring, artificial sound. Delay effects are commonly used in music production, but they can also be used in other settings, such as live sound reinforcement. With a little creativity, the possibilities are endless. So go forth and experiment with delay times to see what interesting sounds you can create!

What is the purpose of delay in music?

Music is an important part of our lives. It can set the mood for a party, provide a soundtrack for our thoughts, and even help us relax after a long day. But have you ever wondered why music often includes delays?

The answer is both simple and complicated delay creates a sense of space and depth in music. It can also be used to create special effects, such as making a note “echo” or “reverb.” In some cases, a delay is used to create an effect known as “chorus,” which makes it sound like multiple instruments are playing the same note. Ultimately, the purpose of delay in music is to add interest and texture.

So next time you hear your favorite song, take a moment to appreciate the role that delay plays in making the music so enjoyable.

How do delay, echo, & reverb differ?

The time period after which the original sound is played back and can be heard as if it were playing now. This could either refer to an echo effect, in which case we would call them ‘ delays,’ or simply employs some type of delay unit within its structure.

An audio engineer might also use echoes called “delays.” However, you’re more likely going to hear people referring specifically just saying they have a ‘some kind of recoveries’ set up on there rather than calling everything else around this way too.

When you speak into an empty room, your voice bounces off of various surfaces and then returns to greet you. This process creates the effect that something has been said when there’s really just silence where no sound should be present; this phenomenon is known as “echoes.” Most people refer collectively these delays time enough for each instance was quieter than its original source (a pause), so they call it ‘echo’ even though we all know exactly how echo works!

Reverb is an effect that creates the illusion of space. It does this by creating multiple echoes, or delayed copies for each note played in order to “smear” out sound waves with ease and create depth when recording studio produced ambience sounds like rain drops hitting leaves on a tree branch outside your window while you’re making breakfast!

When using delay units, you can create a number of different effects based on the settings. You might want to use them for an echo or one that is more than 50 ms long and creates just enough time between repeats so it doesn’t sound like there are always two voices talking at once but rather one continuing consistently while something else happens periodically throughout their conversation- this would make things louder!

With the phaser effect, you can make thin guitar tones sound better. To create this popular electronic music instrument: set your delay time to 0 ms (or as fast of a rate that is possible with an available plug-in) and crank up those control knobs! The higher they are turned all way left or right for example will result in more rapid fluctuations between different frequencies which creates what some people think about when thinking “phaser.”

Flangers are a special type of phaser that create an even more obvious sound. They work by adding an LFO (low-frequency oscillator) to the original signal, which then sweeps across all frequencies in time with what you hear; this makes for thick or duplicated instrumentation like drumsticks hitting each other! One common technique using these effects? The Precedence Effect – it converts mono tracks into stereo ones through usageof 1)a long delay typically 5 ms 2.)And finally panning both signals together.

Chorus effects are one of the most common and popular sound-processing techniques used in modern music. They create an effect that’s somewhere between flanger, chorus and delay – it sounds like there was some kindof mixup during recording! This type typically appears on keyboards or clean guitars but can also add depth when applied vocals to make them thicker sounding than before with more power behind them.

The most important decision you need to make when using a delay effect is how long to set the delay time for. You can choose to have the delay time match the tempo of the track, or you can set it manually. If you want to add width and depth without taking up too much space in the mix, syncing the delay time to the BPM is a good way to do it. This technique works well in busy tracks and is a great alternative to reverb, which can easily muddle up your mix.

If you want more control over the sound, you can set the delay time manually. This can be done by using the equation or by ear. When setting the delay time, it is important to experiment until you find what sounds best.

To get the sound you want, adjust the delay time. Remember that people have a hard time differentiating between the original source and the delay when the delay time is below 50-100 ms. Shorter delay times make tracks sound bigger, while longer delay times push a sound back in the mix.

Short delay times (like eighth note and below) create a tight slapback sound, similar to a short chamber reverb. This was a popular effect in the 50s and 60s and was used by Elvis on his vocals.

Some people use quarter note delays on vocals to fill in the space between each vocal phase. This can be done by setting up a quarter note delay on an aux send, with the return levels just barely audible. Then, adjust the feedback until the number of echoes fills the space. It may take some tweaking to get it right for each track, but this is a great way to do it.

Some people use quarter note delays on vocals to fill in the space between each vocal phase. This can be done by setting up a quarter note delay on an aux send, with the return levels just barely audible. Then, adjust the feedback until the number of echoes fills the space. It may take some tweaking to get it right for each track, but this is a great way to do it.

Half and whole note delays are typically used to make something stand out in a song. This is called a ‘throw delay.’ It happens once or twice during the song. Oftentimes, people use stereo delays to make the vocal sound larger than life. For an extra-trippy effect, use slightly different delay times on the left and right channels. This will create an ultra-wide stereo soundscape, as well as an immersive ping-ponging effect that can sound really cool.

Whether you use digital or analog delays, it’s tough to make them sound right when mixed in with other sounds. Try cutting any necessary low end for a classic tape delay effect – just be sure not too lose high frequencies!

Then apply these techniques during your next mix session and get professional-sounding results without spending big bucks on equipment! 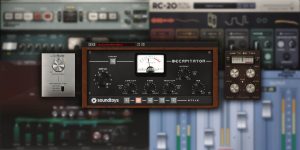 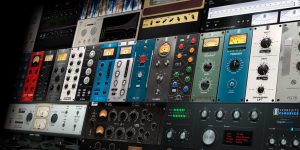 How Do Delay Plugins Work?